I have an exciting new venture coming up this month (January 2019)! I will be taking second album ‘Stronger Than You Think’ on the road with double bass player Wal Coughlan – what a great way to start the new year! I hope to see you at one of my the live dates. Joining us … END_OF_DOCUMENT_TOKEN_TO_BE_REPLACED 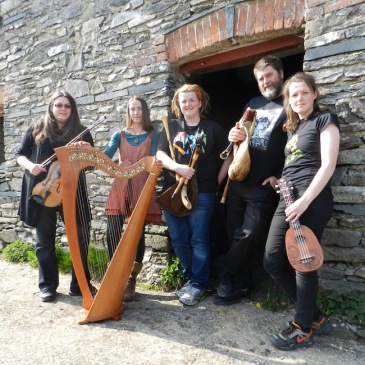 ESTRON are a five piece folk band from Pembrokeshire in West Wales. From left to right they are: Holly Robinson on octave fiddle, Jess Ward on harp, Danny Tose and John Tose on pibau cyrn (Welsh bagpipes), and Micky Tose on soprano ukulele and clarinet. Estron is a Welsh word meaning `alien’, `stranger’, or `you’re not … END_OF_DOCUMENT_TOKEN_TO_BE_REPLACED

Jess Ward – the EP: WHEN I was 3 my parents owned a Celtic harp for a short time. I remember the magical resonances of the strings that reached up and over my head, they seemed to go on forever. It made such an impression and I was heartbroken when the harp was sold. I have … END_OF_DOCUMENT_TOKEN_TO_BE_REPLACED